History of Monopoly: When Monopoly Was Invented 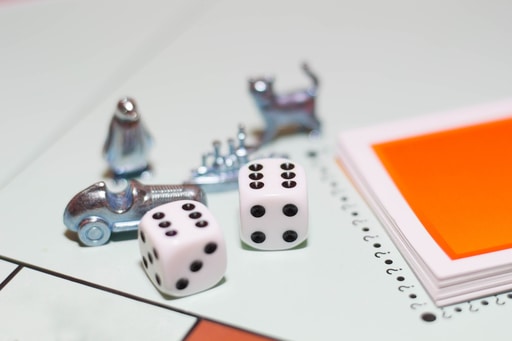 Known as the most popular board game in modern history, Monopoly is filled with surprising facts and stories that continue to delight its fans. It’s an American classic that allows players to buy, sell, and scheme their way to riches. Players begin as equals, and then trade and strategize until one dominates. But most players still don’t know when Monopoly was invented and by whom.

Read on to learn all about Monopoly’s origins, which will only make you fall more in love with the game.

When Was Monopoly Invented?

The tale begins in the 1930s when an unemployed man named Charles Darrow created a game to entertain his family and friends that he named Monopoly. After he sold the game to the Parker Brothers, he became filthy rich and an inspiring innovator. However, this story is far from the truth. So, who was Monopoly invented by?

Monopoly’s origins actually began decades earlier. Monopoly was invented by a woman named Elizabeth Magie. In the 1800s millions of poor people lived in poverty while the rich had more than they needed and paid almost no taxes. Henry George proposed solutions to these issues, and followers like Elizabeth Magie embraced his ideas. Magie was independent, supported herself, worked as a secretary, and wrote poetry and short stories. After she was introduced to writings by Henry George by her father, she began to teach others about social and economic justice.

She created a game called The Landlord’s Game with the help of her friends in Brentwood, Maryland that was designed as a protest against the big monopolists. After applying for a patent in 1903, it was granted in 1904. The square board game consisted of nine rectangular spaces on each side, and players were meant to circle the board buying railroads, paying rent, and collecting money. There were two roles of the game: monopolist and anti-monopolist. This demonstrated the wrongfulness of taking money at the expense of others. The answer to “When was Monopoly first invented?” is the year 1904.

How Much Did the Inventor of Monopoly Make?

278,000 copies of Monopoly were sold in its first year and over 1,750,000 the year after. Magie’s name was no longer associated with the game, and everything it stood for was no longer relevant. Rather than being about the critique of American greed, it was now a game to cheer when someone went bankrupt or lost their house. On some level, Magie came to the understanding that Monopoly was just a game after all where players could lash out and compete with friends and family. Now, at trivia, or your next game night, when asked when Monopoly was invented or who invented Monopoly, you’ll sound like a genius.

Almost everyone has played Monopoly at some point in their lives. Depending on what you like, you may have a different experience with the game than your opponent. So how do you play Monopoly? All you have to do is own the most properties and walk out of the game the wealthiest. Monopoly remains a huge hit and is a great way to spend some quality time with your loved ones. Classic board games like Monopoly create a shared social experience with your fellow players that you can’t get elsewhere.

At   You’re On Deck, you can customize your very own Monopoly board game to make game night even more special. Since Monopoly can get extremely competitive at times, adding your own personal touch to the board can evoke a sense of comfort and bring joy to the table. Not only is Monopoly a great way to teach children how to handle their money, but Monopoly is also a fabulous opportunity to show off your financial skills. Relive memories with past photos or insert a funny quote to enjoy some good laughs. Customize your own Monopoly board game today!