Introduced by Parker Brothers in 1906, Rook is a trick-taking card game that is typically played in a group of 4 people with a unique deck of cards. BUT have you ever wondered how to play Rook with 2 players? Well, we’ve got you covered.

We’ve outlined the Rook card game rules when playing with only 2 people.

When George S. Parker wrote the standard rules of this game, he didn’t want the Rook card to be used; therefore, our instructions will not be using that card. The main objective of Rook with 2 players is to be the first player to reach 150 points or more. Learn how to play rook with 2 players with these steps.

Interested in regular Rook, learn how to play with our expert game developers technique LINK

1. The Cards and Dealing

The first step is to remove the 1s, 2s, 3s, and the Rook card from the deck, resulting in 44 cards. Each player should draw one card to determine the first dealer.

The dealer then deals one card at a time until both players and the Dummy* have reached 13 cards each. Remember that the Dummy’s hand should be face down and to the right of the dealer.

The last five cards make up what is called the “nest”.

Interesting Rook card game rule: There is always a Dummy hand, meaning the “Dummy” will always be dealt the same amount of cards as the two players.

The dealer automatically has to bid 30 points, and the players take turns bidding until someone passes. Once a player passes, the other player wins the bid and gets to name the trump color. 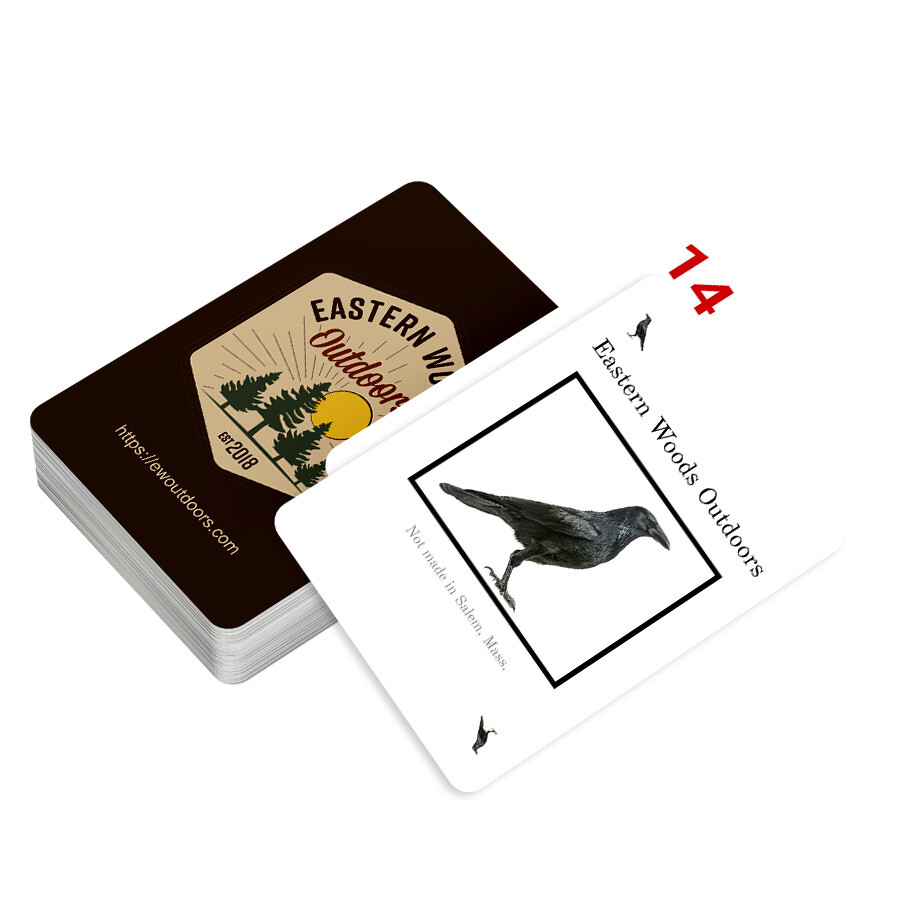 Make Your Own Rook Cards

When learning how to play Rook with 2 players, it is important to know that the player who didn’t deal first leads the first trick. They play one card from their hand, and the Dummy goes after. The dealer takes the top card from the Dummy’s hand and plays it, which is always the case regardless of the color that was led.

The next player has to play the same color that was led. If they can’t, they play a different card. The highest card in the color led wins the trick, and that player then leads the next trick.

If the Dummy wins the trick, it is set face down, and the Dummy starts the next trick with the top card from their hand.

Continue playing until all tricks have been played.

2 player Rook card game rules state you should keep the score of both players, excluding the Dummy. If the player who calls trump meets their bid, each player gets 2 points for each trick they capture. Here is how to count your cards for points:

If a player who calls trump does not meet their bid, they earn no points, and the other player’s points are doubled. Whoever reaches 150 first, is the winner!

So the next time someone asks how to play Rook with 2 players you can wow them with your skills!

At You’re On Deck, you can build your Rook deck exactly the way you want it. Spice up your next card game with unique photos, artwork, or designs. Customize your own set of Rook cards today!